That is, in itself, an outstanding achievement.

100 years is a bloody long time in anyone’s language. Longevity is definitely not a buzz word these days. We live in a throw-away society. Businesses community groups, organizations, clubs etc. come and go at the drop of a hat. Anyone or anything that lasts 100 years must be applauded. 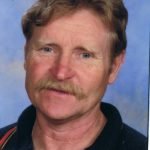 So many changes and developments have come to pass in the Harness Racing industry in last 100 years.

Incredibly, through thick and thin BOTRA has been there every step of the way.

BOTRA has been many things for many people for a very long time. The hundreds, if not thousands of people who have served on the BOTRA committee in the last 100 years have given great service to the sport of “Trotting” – Harness Racing.

In the lead up to BOTRA’s 100th birthday next January I will try to learn as much as I can about the people of BOTRA from the early years up until today. I will report back to you with my findings. I am particularly interested in what makes BOTRA tick. I also want to hear and write about some of the characters of BOTRA and retell their stories.

This is not going to be a serious, opinionated article. Rather, it will be light reading that might rekindle fond memories of the     early years for some. In the most part it will be aligned with BOTRA, but I will digress here and there, and I make no apologies for that.

I’m going to look under the carpet and try to figure out how BOTRA has survived the test of time.

One of the first people I talked to, about BOTRA’s journey was Ray Holberton. Ray Holberton is a former president of BOTRA. He has so many stories to tell – a 15 minute chat turned into a 2 hour talk. He reeled off details about “incidents and accidents” with great recall.

People using ultra-light, hollowed out wooden shaft sulkies on race night to get an advantage, with complete disregard for safety. People working their horses with their kids and three or four of the neighbour’s kids all sitting on the sulky – no helmets and bare feet. People fast working their horses’ full tilt along the Adelaide beaches weaving and dodging swimmers and beachgoers.

People driving a horse with four or five other horses tied to the sulky all at once. People punching on with “unhappy” punters after a race. People using any number of “bush remedies” in an effort to rehabilitate their ailing horses, etc., etc.

When I got home, I sorted through all the “incidents and accidents” that Ray had talked about. I was touched by a story about a group of ladies who formed a sub-committee of BOTRA. These particular ladies took it upon themselves to cook and bake all manner of pastries, cakes, biscuits and sweets and sell them at the Grange Trials in the 1940’s, 50’s and 60’s.

By the way, the Grange Trotting Track is now a softball and baseball hub.

Ray Holberton was extremely complimentary about the ladies committee who worked on behalf of BOTRA at those trials. He said the women on that committee went out of their way to cook up mountains of pastries and the like and sell them at the trials. People came from far and wide to watch the trials. The trials were very popular and many people who had nothing to do with Trotting as such, attended on a regular basis. Quite often it was standing room only.

The mighty Gramel (SA’s best ever trotter – in my opinion) trained on the track.

Anyway, the BOTRA ladies committee donated their time and their pastries. Everything sold was all profit. All the monies raised went to BOTRA and BOTRA distributed that money to the clubs who needed funds for minor works and the like.

The ladies committee did an outstanding job and their contribution to BOTRA, as unheralded as it was, was significant.

Ray Holberton insisted the toffee apples were his favourite and indeed they were the favourite of many other people too because they sold out every week, without fail.

I must add that in the last 10 years, members of the BOTRA committee have run food stalls on a regular basis and provided patrons with a variety of food options on trial mornings, at race meetings and other special events. Lois Randall has to be congratulated for her efforts in this endeavor. Many BOTRA members have been involved. It’s a good thing.

Continuing to Celebrate 100 Years – Older Than …